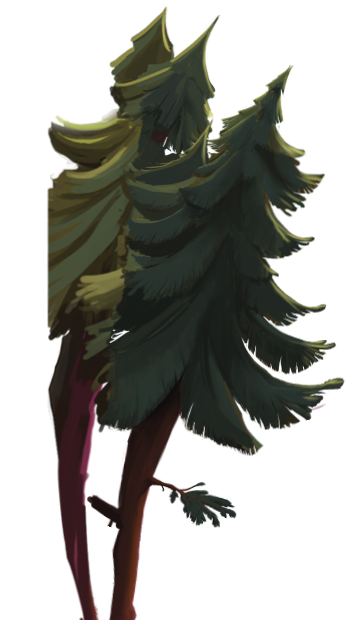 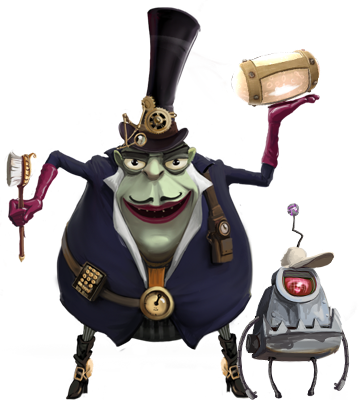 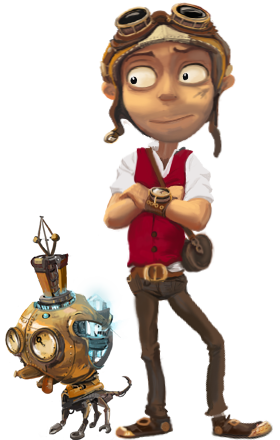 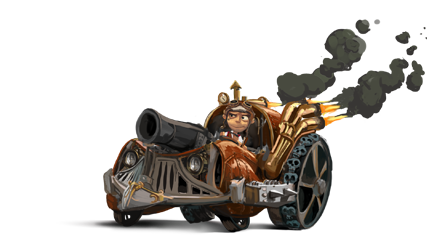 «PRESSURE» combines a cleverly designed Steampunk-world with the fury of classic platform racing and shooting games. Filled with crazy characters, oddball humor and fuming boilers, players will race through striking environments as they attempt to take down the dark lord and spoil his sinister plot. A keen eye, fast reflexes and laser concentration are a must in order to maneuver through Pressure’s high octane world.

In order to construct his “Wellness Spa”, the greedy dark lord is attempting to seize control of all water sources in the Kingdom, leaving the citizens with nothing left to irrigate their crops. Race against time and blast through the shire, fighting heavily armed robots and shady balneotherapists, as you zero in on the dark lord’s headquarters in order to put a stop to his madness. Whether you’re smashing through hordes of enemies on the open road or combating a tricky boss encounter, the adrenaline pumping action is nonstop.

In a world full of fantastic mechanical contraptions players can modify their characters’ equipment as well as their personal Steam-buggy to stay ahead of their enemies.

And don’t forget to watch the engine’s pressure level...